The PFAS scandal surrounding the 3M factory in Antwerp has continued to unfold, teetering ever closer to the realms of absurdity. While Belgians are no strangers to surrealism, the scandal is as serious as it is ridiculous. As the plot progresses, its dramatic turns could make a worthy sequel to Mark Ruffalo’s Dark Waters – Donkere Waters anyone?

The massive pollution and releases of PFOS – one of the most well-known forever chemicals belonging to the PFAS chemical family – and dodgy deals to hush it up have dominated news channels in Belgium for months now. The regional government’s reactions were lacklustre at first. However, after dawdling for a few weeks, a special commission was set up to investigate the scandal, and to uncover who knew what at what moment.

In June, soil samples in the area led to advice against consuming local vegetables and eggs. Another month later, citizens initiated blood serum testing around the 3M site showing PFOS concentrations 10 or 100 times higher than what is considered safe. Downstream, the Dutch neighbours complain about getting little information and lots of PFOS, worrying about their fish and mussels cultures, and are considering judicial steps against the Belgians.

The scandal has not only laid bare the threats for humans and the environment but has also revealed a highly dysfunctional administration. Authorities and politicians knew of the pollution in 2017 and did nothing. Similar soil pollution problems have been known since 2010 at another 3M plant in Gendorf, Germany – and yet nobody connected the dots. In August, it was revealed that 3M discharged FBSA (a C4 PFAS) and its derivatives into the Schelde river without a permit, exactly what happened two years before at 3M’s plant in Decatur, Alabama (US) – again, nobody connected the dots. In full implementation of their imaginary Presents for Polluters Principle, the Flemish even government handed 3M 5 million euros to install technology to abate climate-wrecking F-gases, on which 3M had previously failed to report.

The operating permit was renewed last year, but the authorities largely copy-pasted 3M’s wish list of twelve mostly irrelevant PFASs: PFBS is the only one on the list to be a realistic pollutant from current production processes, and no permit limits were set for real PFAS pollutants. In a Parliament hearing, environmental lawyer Isabelle Larmuseau was unambiguous: the 2020 permit has no legal basis, and would not exist without the complacency of careless, yet understaffed authorities.

The pressure on 3M is mounting. In another Parliament hearing under oath, three 3M directors were asked a plethora of sensible questions by politicians of all parties. They answered hardly any of them; they instead repeated ad nauseam that they were not experts, that they were collaborative, scientific and transparent, and that they would provide information. One day perhaps.

As the failures of the administration became increasingly clear, the politicians have stepped up their vocabulary – the Environment minister Zuhal Demir resorted to creative wording like “3M, what the PFAS are you doing?” – carried out inspections and ordered 3M to stop related production processes and all releases to water, as happened previously in Decatur. The situation is, alas, largely paralysed. 3M’s management rely on proven delaying tactics. Meanwhile, road construction works are continuing, with little clarity on management of the polluted soil, which is being displaced and discharged across the region.

A window of opportunity is now opening at the EU level: the Industrial Emissions Directive (IED) is currently being reviewed. The permitting authorities’ mandate and obligations need strengthening. The European Commission must also take its role of transposition and implementation watchdog more seriously. The Environmental Liability Directive (ELD), the EU’s timid attempt to turn the Polluter Pays Principle from a largely disregarded legal duty into a reality, is also being overhauled.

The burgeoning 3M scandal has revealed the dangers of ineffective regulation and incompetent administration. When it comes to both the national and European levels, let us not repeat mistakes. 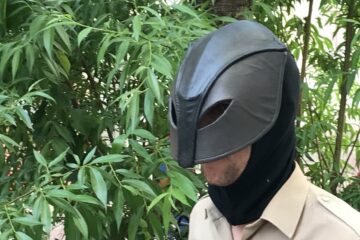